A couple of weeks ago, I needed to make a few pictures of some measurements on my old Telequipment D43 oscilloscope. 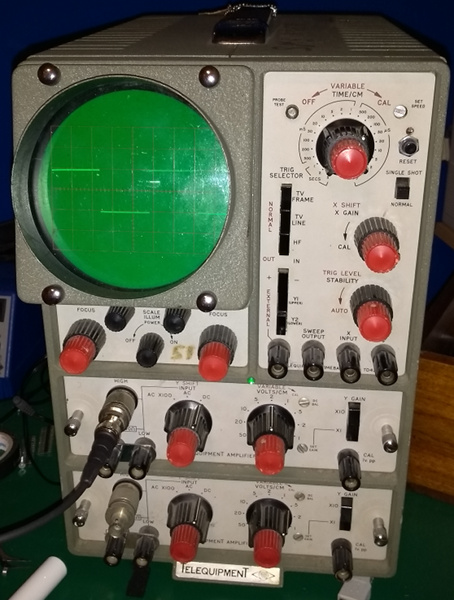 It’s easy enough to make a quick photo with any camera you have at hand, and that’s what I did on that occasion. The pictures I made with my phone were good enough to get the point across, but it wasn’t a very appealing solution. There were reflections in the scope image, and the focus wasn’t that great - not to mention being somewhat “twisted” because I didn’t hold the phone parallel to the scope tube.

“There’s got to be a better way,” I thought.

If your computer runs Windows.

Mine doesn’t. I mentioned before that my computer runs Linux - OpenSuse 15.0, to be exact.

The Webcam Oscilloscope won’t run on Linux - at least not on mine.

I tried Wine and I tried just starting it under Linux - the Webcam Oscilloscope software is written using .Net, so it was worth a shot since Mono can run .Net programs on Linux.

No go. It can’t access the webcam under Wine, and it’s missing some libraries under Mono.

Roll your own, obviously.

I like Python, and QT looks nice and is free for open source projects. There’s PyQt5 to connect the two, and the Eric Python IDE plays nice with the Qt-Designer for building the GUI. A camera mount for a webcam was easily made. That took most of a Saturday but wasn’t difficult - it was merely time consuming.

The end result is this: 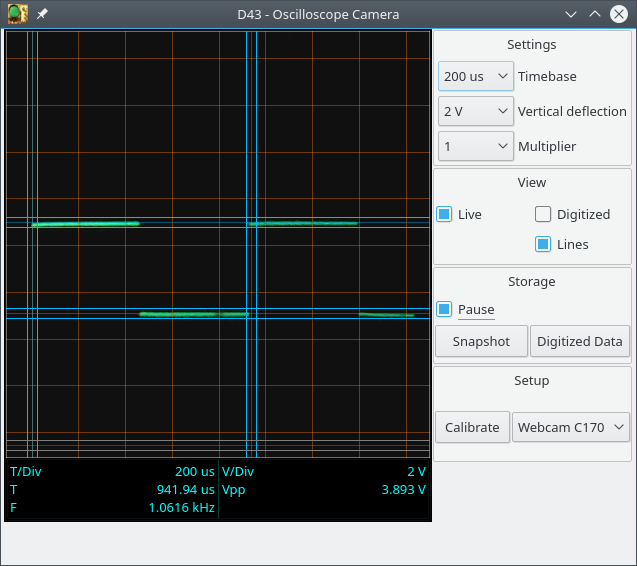 I’m not quite done, but it is functional. I have it connected to my old scope, but the software doesn’t care what scope it is attached to.

Have you got an analog oscilloscope? Well then, teach that old dog a new trick!

Time, frequency, and voltage measurements are made using the on screen cursors, and it makes nice, neat pictures of just the display: 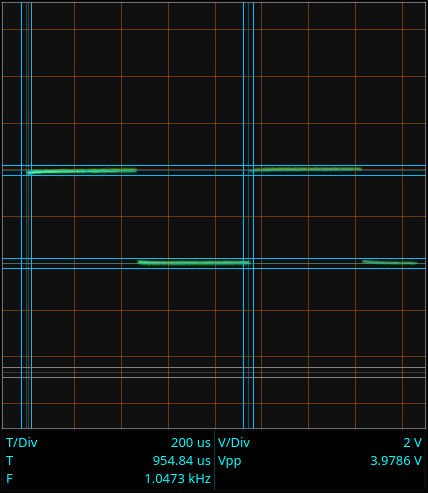 The signal shown was generated by one of my other projects - an Arduino Nano programmed as a square wave generator. 32Hz to 1MHz, and accepts commands over a serial port. But, that’s a post for another day, when I finally get around to pushing the code into a github repository.